This post might help anyone looking for a slim line solution to 5v or USB ports on a motorcycle.
Not a huge achivment by any means. But made life better for a client.
A perspective client approached me with an issue. His solution for charging his phone via USB on his bike was taking up too much room under the seat 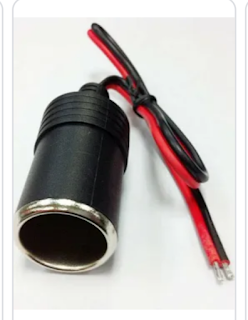 previously the aforementioned client wired a car cigarette lighter / 12 volt port and then plugged in  the adapter
The issue was this was prone to disconnecting and relatively bulky due to the already small space in motorcycle compartments. 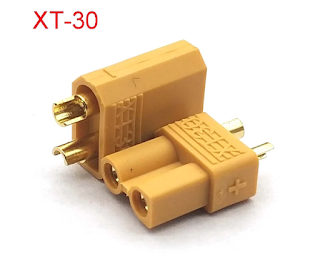 It's a non latching /friction held polarized dc connector capable of up to 30 amps. It a very robust connector in a very small form factor.
if I had had a latching connector on hand I would have used it. but the XT-30s fit together extremely snug so I doubt it would ever be an issue.
The other argument here is USB is also a friction held connection. I guarantee you'll rip the USB out before you rip an xt30 out.
It's a net gain in security of the connection because it doesn't have the spring loaded prongs that hold the 12 volt port like a normal cigarette lighter adapter.
For strain relief I epoxied the connector to the the pcb.(actually dripped it between the plastic of the connector and the pcb) Which was isn't ideal but was far better than relying on the solder joints the take the brunt of plugging and unplugging
To get the case back on I simply melted out enough of it to get the xt30 to fit in the end where the pin usually went in the 12 volt cigarette lighter configuration. 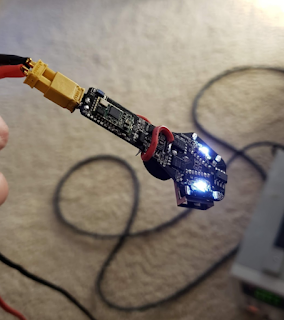