This is Huge! New OpenPower SOC 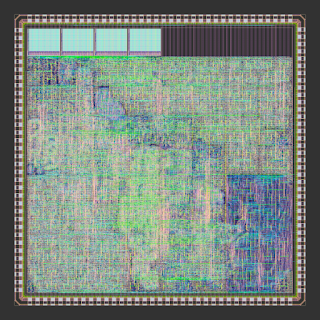 At a 180nm node I'm not sure how one could describe it as anything but.

Still as an achievement it's monumental.

The process node/feature size isn't small either lol. I'm guessing that comes down to machine time/plant availability and cost.

It's not just that this chip was made. It's apparently ground up all open source.  Which means from instructions in machine code down to the path of switches is all with in the realm of open information. Which makes it an excellent teaching tool.

In theory it makes it more secure as well.

The lights of Intel AMD and Nvidia (big chip designers and makers) usually have tons of black boxes in their product. Ie design details are scarce and a lot of time the code required to run the chips is a closed source blob. Aka another black box.

Every element like that in the chain is an expectation of: trust us.

Cs/is and info sec worlds have a saying:

Security through obscurity is bad security.

In other words if you can't/other people can't look over the code and circuits that run the show and protect the show(your daily use of the hardware and software) it might be secure. But again it's a trust us and a trust a few people who had part in designing it and then coding it. It's also a great way for them to hide cut corners, back doors or utter incompetency. If you can't see it you don't really know. I try to operate my day-to-day life on the assumption there's plenty of people smarter than me. A lot of the things you use that are labeled as secure are based on the opposite philosophy. History seems to suggest thats flawed logic.

open source doesn't necessarily make something secure, but it puts as many eyes that want to look at it on the problem. Usually there's enough people that if a flaw or error exists somebody points it out and then it's corrected.

Keep in mind when it's closed it's just as likely a flaw exists. Profit and speed to market both play a role in how thoroughly anything is developed in that world.

But the set of eyes that can analyze it to find that problem...

There's probably more people trying to break that system than there are trying to say hey we have a problem here. 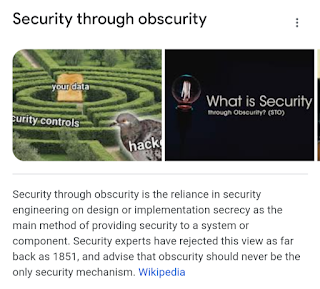 Another way to say it is closed source often hinges it's crackability on keeping things one group designed with in the group and esoteric in nature. This is an eternal conflict though because for developers to make things that make use of these systems... The designers have to share just enough.

Problem is with just enough; other smart people can probe and design tests that fill in the blanks.

Why is Bigger cheaper?

This hasn't always been the case.and it might not universally be true but here's what I'm thinking when I speculate this.

There are only so many machines that make chips at a given node size. Smaller nodes offer more chips per wafer and more transistors per chip.

when Intel still have their tick tock going on and probably more so now demand for the machines that can make the smallest node size is very high.

To put it in perspective with actual hardware when Intel released their core 2 processors the node size was 65 nanometers.

The group behind this chip likely chose 180 nanometers because of low demand for the equipment.

That's just speculation on my part though.