the most important thing you can do is shut it off!

If possible pull the plug and if it has a battery that's removable disconnect it asap.

Ever spilled on a phone laptop tv game system, pc or other electronic device? Most of the time it's not ruined but you have to act quickly. Bellow I'll show you the repair operation on my last DSL modem.

But first here's what you need to do to save your device:

Damage to electronics usually isn't done by the water or liquid itself, it's primarly the short circuits it creates.

LCDs are one exception, water will get between the layers and you can usually save the screen but you will never restore the image quality with our replacing it.

That said...general rule of thumb is off asap.

operating submerged in water stuff will experience accelerated corrosion. It's not great for it to run underwater but what we really want to prevent is damage from short circuits.

2) PULL THE PLUG AND OR REMOVE BATTERIES!

If it plugs into the wall or a charge cable; disconnect/unplug right away. If there is a removable battery; remove it.

Long after you've fetched the phone from the toilet, the inside of the phone remains wet.

Even after it dries all the dirt and crap that crept in from you pocket/environment has been mixed with the liquid and deposited as a sludge across all the pins and traces of the circuit board inside.

So for the same reason you want to cease the power flow while it's wet you want to keep it off until someone can clean the inside. This deposited sludge can easily need to short circuits that will cause permanent damage if you attempt to power the device back on or leave it on.

Disassembly and 99.9 percent isopropyl rubbing alcohol. sometimes distilled water and or a drop no more of dish soap alternated. Either or both of the two with an anti static brush.
Followed by thorough drying testing and reassembly.
I've brought countless laptops and quite a few phones back with this process. 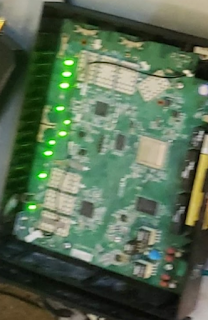 Note the metal square with holes. (Also sorry for the blurry, I'm writing this a year later and with only pics I happen to have) 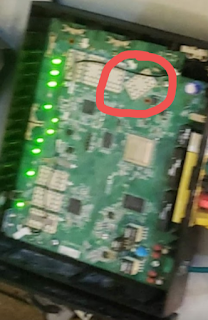 The rf can circled would be the one to take the hit. The hit that prevented the modem from operating untill the can was removed and the board washed.
Sometimes metal cans that serve as Faraday's cages are soldered to circuit boards.
The real devil is those little holes.
This means that if there's a short or deposit for f gunk under them you won't be able to brush it off.
The bigger devil is called thermal mass. You might think I'll grab a soldering iron and yank it. Goof luck. Circuit boards have multiple layers; there's usually a pretty solid one known as a ground plane. This matters because you are fighting a lot of copper and all of the heat from your iron is going to get sucked up by that copper when you try to touch it to the rf can that you wish to remove.
There's a few ways to combat this. Having the right tools really helps. Having the right solder and flux will both help as well.
I recommend you use a combination of
a high-powered smd rework station

Hot plate
Preheating the entire board somewhere below the point solder melts. This helps you melt the intended solder with out as much risk of frying the components.

Low melt alloy. This is a solder that mixes with whatever solder is already there and lowers the melting temperature of the combination.
You will need plenty of flux and solder wick as well. 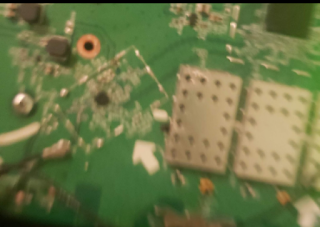 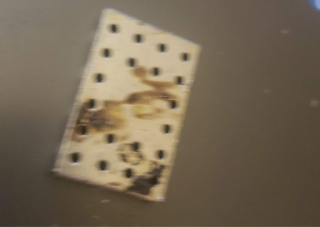