The above would require a custom pcb to fit inside most hula hoops but that was the path that I was on and this was an iteration in getting  there.
The esp32s inclusion of wifi and bt could have a lot of interesting applications in LED poi. In theory one could go beyond just movement/ gyro data and use something like bt audio device emulation to at very least sink the show to a sound track.
Worth noting that the particular board (minus gyro) did actually fit inside the hoop material a friend had donated for this project.
I would probably go 4 layer pcb and a little more narrow still. Which would be easy with out the gpio headers/all the pins broken out as they are on the board above. 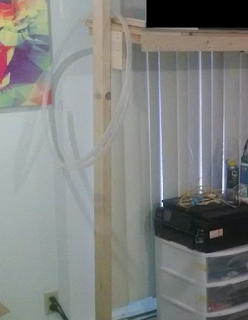 https://m.youtube.com/watch?v=jruYHHCtlbc
The gyroscope attached is ada fruits six degrees of freedom. In the video the gyro is attached the an esp32 board and the esp32 is linked to my laptop via USB. it's spitting the output from the gyro via serial/txt which is then translated by a program to move the rabbit on screen 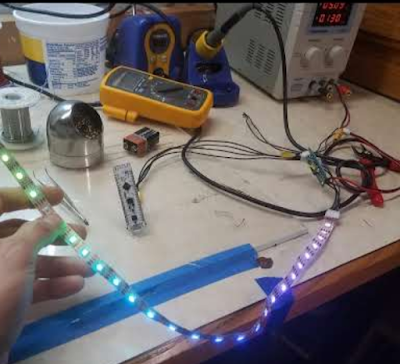 I have heard rumors one can drive the APA 102 from 3.3 volt spi.
If I remember correctly that had some caveats.
I was intending to use two lithium ion cells in series so I went ahead and also used a level shifter compatible with SPI.

How to tie gyro and LEDs to draw in the sky?

The working principal is load a bitmap to the micro controller map the pixels to each led on your programmable string. Ie in this case take one horizontal line from the image and display those colors across the circular string. Then read the gyro to detect how the position of the hoop has changed. Remap the pixels to the change in the hoop and now you have the ability to draw images.
Human eye sight is what's exploited to draw in the air.
The phenomenon is known as persistence of vision.
POV Defined (wikipedia)

The esp32 with built-in Wi-Fi and Bluetooth has quite a few notable advantages in this application.
The LED string seen above is what ada fruit called the dot star. Generically it's the APA 102.
Using a led strip with two rows of leds would likely notably improve the level/detail of effect. I think ideal would be at least 3 rows. I know there was a smaller form factor of the apa102 released around the time my parents mistakes hit me like a brick house.
I would probably use enamel wire rather than  silicone wire ( I used for the proof of concept). Also with a custom PCB many of the wires you see could be eliminated.
Basically what you need is: a battery charge controller, a gyroscope, esp32/mcu, flash memory, level shifter, rgb leds and a battery cell or two.
with a custom pcb the following could all be combined:
bat ctl, gyro, mcu, flash, level shifter.
Leaving just 4 wires (data clock plus and minus) from board to start of LED string 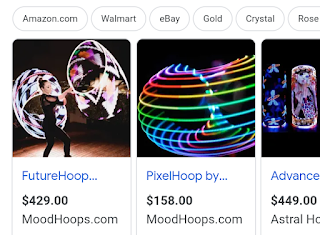